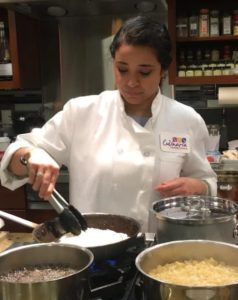 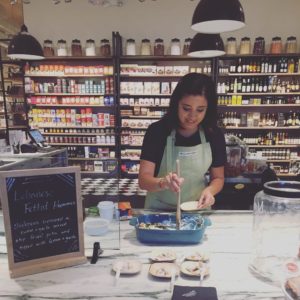 Thanks for stopping by the award-winning site midEATS!

It is not just the food that makes the Middle East what it is:  it’s the ingredients, history, and preparation that turns any good food into a truly delicious meal. Laced throughout the blog, you’ll find delightful stories of Middle Eastern cuisine and culture, in addition to age-old traditional recipes, fun adaptations of traditional classics, and in-depth articles on ingredients and food traditions.

I hope you enjoy reading and trying my favorite recipes, many of which were originally scribbled on napkins, jotted in notebooks, and prepared in kitchens across the globe.  As much as I love traditional recipes, I also love to experiment and add my own twist, so don’t be surprised if you come across a Middle Eastern recipe that doesn’t quite sound like your mother’s version. 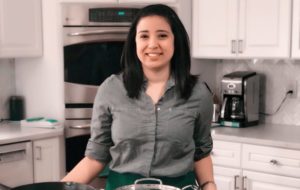 Brenda is an Egyptian-American who grew up in Ann Arbor, Michigan. Her love of food began at an early age, as she watched her mother cook traditional Egyptian meals. Growing up and going to school in Michigan exposed her to a wide array of cuisines and cultures. She learned Yemeni curries from her roommate, noshed on Ethiopian samboosak with her law school friend, and even learned from her Indian American roommates how to store rice in Ziplocs and curries in yogurt containers. Her regular trips to Egypt growing up only deepened her fascination of her own Middle Eastern heritage. She always wanted to go on a culinary tour through Europe, to which her parents promptly replied, “Just go live with your aunt in Egypt.” Although she never quite did either, she has cooked her way through  many traditional Middle Eastern recipes, and makes a béchamel her grandmother would be proud of. A lawyer by training, but a foodie at heart, Brenda currently resides in in Northern Virginia with her husband and beautiful twin boys. She teaches Middle Eastern cooking classes at Culinaria Cooking School in Vienna, VA.