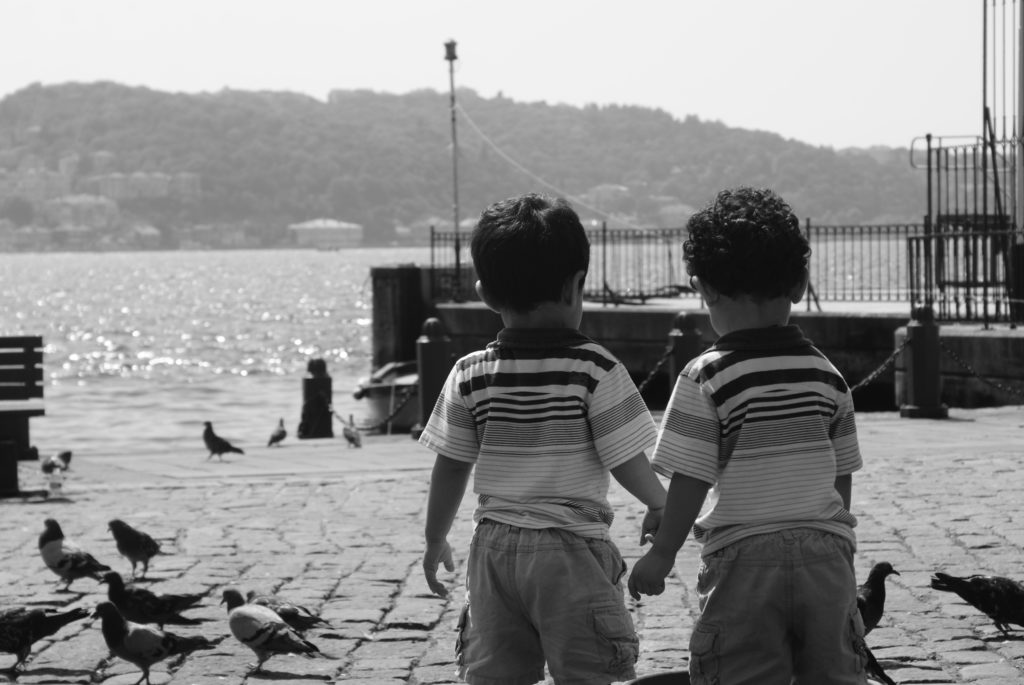 We had the opportunity to spend 4 amazing days in Istanbul for Eid al Fitr– the Muslim holiday celebrating the end of Ramadan. It was indeed a long month, given the long summer hours, so celebrating Eid in a city with so much Islamic history was truly incredible. We enjoyed wandering the streets, the festive atmosphere of Eid, and we loved sampling all of the delicious foods. I was familiar with doner, which is the Turkish version of shawarma, but beyond that, I really didn’t know much else about the cuisine. Much to my surprise, I found a lot of overlap between Turkish and Egyptian cuisine. I guess the Ottoman’s spread a whole lot of recipes during their rule! But seriously, I found so many familiar foods that were made with unfamiliar flavor combinations. The spices are indeed different in Turkey, with sumac and pomegranate molasses adding their familiar tartness to dishes I wasn’t used to tasting them in.

So doner is pretty much everywhere, although some places looked sketchier than others. We tried some off the street and some at the restaurants. As soon as we landed in Turkey, we were starving, and went to the nearest doner stand we could find. I was so excited, I could barely contain myself. I was reminiscing about all of the great gyros, shawarmas and Olga sandwiches I had in my time and felt this would trump them all. I took a HUGE bite, and then….I spit it out. How sad. It was LAMB. And it wasn’t any old lamb, it was the strongest tasting lamb I think I have ever had. I was devastated. I was so excited to eat doner all day, every day, and here I was spitting out my first bite. Seeing the sadness in my face, my dear husband turned around and ordered a chicken doner. Ah, right. Forgot about that. Crises averted! I was back in heaven again, as I bit into the best tasting sandwich ever. I won’t even mention how many of these I ate in the 4 days we were there….

Almost everywhere you turn in Istanbul, you see farm carts filled to the brim with oranges and pomegranates. Overlooking the vendor’s dirty fingers and the likely fact that the fruit has not been washed, I went ahead and ordered a cup. I quickly realized why I would never make this at home – it was some serious hard labor to squash those things! Nonetheless, the result is delicious, and not to mention good for you.

Also, on Eid, we stumbled upon a Ramadan Festival in the Sultanahmet area, which is where some of the oldest mosques in the world are. When I saw the words, “tastes of Ramadan,” I was so excited.

Luckily the fair was free, and given that the country still uses Turkish lire, the food was cheap, cheap, cheap! My first stop was at a small stand for a sweets shop, Hafiz Mustafa. The shop has been a family business since 1864, and makes some of the most amazing lokma, or loqmat al ‘adi (in Arabic), I have ever had. This is a popular Middle Eastern dessert, which is a light, fluffy donut that is soaked in syrup. These were not overly sweet – which is great, because you get 10 of them in a tray! 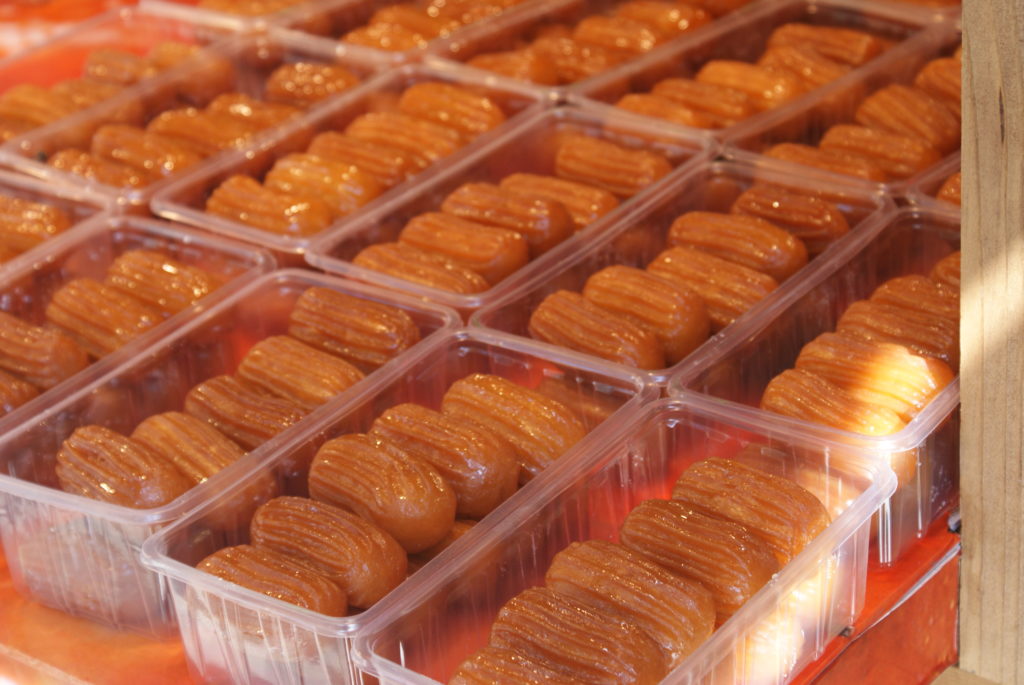 We needed something to wash down all those sweet donuts. We were intrigued by the large vats of questionable looking juices. One of the problems in Istanbul is that most people do NOT speak English. So when I asked what the juices were, we got some strange responses. The first one (of which everyone seems to order) sounded like Ottoman Sherbet, and looked too much like karkaday(hibiscus) which I am not a huge fan of. The second was lemon and cardamom, the pink one was rose, and the last one was another questionable response. I had never had lemon and cardamom paired together, so I decided to give it a whirl. Boy, was I in for it – WAY too much cardamom, no sugar, and super tangy lemon. Bleck. Should have ordered what everyone else was getting. So much for that…

The other great thing about Turkey is all of the great savory bread items. We had gozleme, which is a traditional Turkish handmade, hand-rolled pastry. We ordered ours stuffed with potatoes, but you can order spinach or cheese also. It reminded me of Indian aloo naan, as the bread was buttery and flakey, while the stuffing was nicely spiced. We actually had to order another one because we ate the first one so quickly.

I did get the chance to pick up some amazing Turkish spices on a visit to the Grand Bazaar, and to top it off, they were organic spices. Living in the UAE, you buy your spices from these huge vats and you barely know the source, let alone how the spices were grown. So to see organic spices, I was in heaven. Actually, I was in heaven the entire time I was in Istanbul. I love that city so much, and I cannot wait to make it back there again. I hope you enjoyed a peek at my culinary adventures in Istanbul. Keep an eye out for my attempts to make some Turkish cuisine!