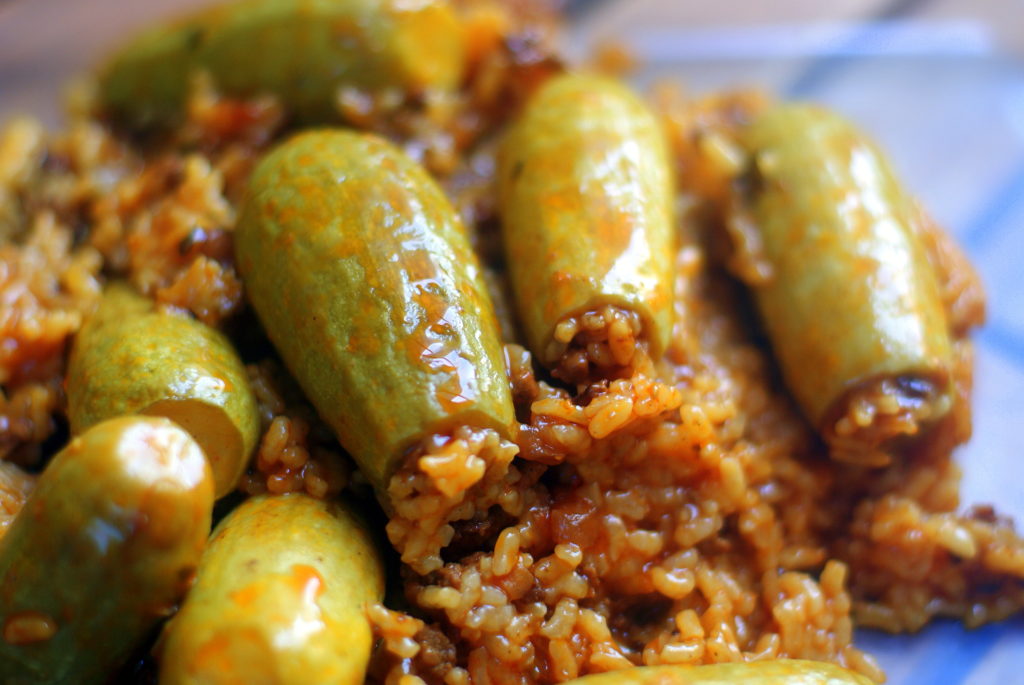 When you think of Egyptian food, you think of ful mudammas, kushari, and ta’ameya. Usually after the first five dishes or so, you come to the infamous koosa (kousa) mahshi, or stuffed marrow. Marrow squash are like mini zucchinis, with a light green color, and a firm fleshy interior. In the United States, I would only find these at farmer’s markets, the Arabic grocery store, and every now and again at Whole Foods. Thus, whenever I craved stuffed squash in the United States, I often was left stuffing zucchini and whatever else I could find in my refrigerator. Living in the Middle East has now allowed my family to get MORE than our fair share of koosa mahshi, because you find these lil squashes everywhere! And not only that, but they recently started selling organic (yes, I said organic in the context of the Middle East) squash too! It has quickly become one of our favorite dishes and a staple at our dinner parties.

As you know, Middle Eastern food involves a lot of stuffing things. So naturally, this is not the first time we have featured on midEATS a recipe for stuffed vegetables. Heba shared her version of Bell Peppers and Squash Stuffed with Quinoa, Beans and Vegetables. We featured guest blogger Faith Gorsky of An Edible Mosaic and her recipe for stuffed zucchini. We also have Heba’s version of stuffed white eggplants and grapeleaves. SO MANY STUFFED VEGGIES! 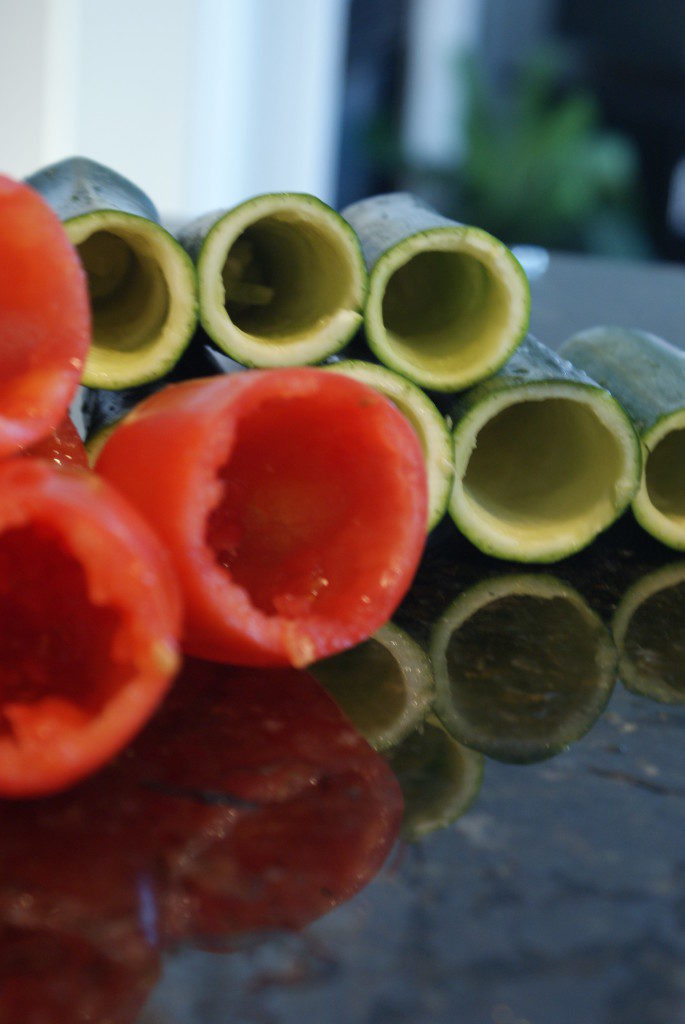 Well, one of the main reasons behind starting midEATS was to share different versions of traditional Middle Eastern dishes. Every family has their own version of making a dish, and that is what makes traditional cooking so special. I realized over the years that my version (or really my mom’s version) of traditional dishes does not necessarily resemble another Egyptian family’s version. The beauty of cooking is that there is no right or wrong way to make anything – you just make whatever tastes good! I think that is why I love cooking so much – living a life as a lawyer is chock-full of rules and procedures. Entering my kitchen, where there are no rules, has to be the most liberating time of my day!

Okay, so back to the recipe. This recipe involves a few steps, but over the course of making this regularly, I never get more than one bowl, one saucepan, and one pot dirty. I used to be left with a mountain of dishes every time I made this, but with dishes being my least favorite chore, minimizing the workload is essential! A few key things to remember:

So without further ado….