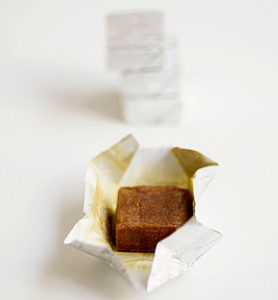 Travelling through Egypt this past summer introduced me to some amazing foods.  However, it also introduced me to Maggi.  Every single time (and I am not exaggerating) I asked someone for a recipe of a dish we just devoured, it included a Maggi cube.  We had this awesome rice that was golden brown in color, and dotted with sautéed chicken liver. I had never had it before, but here I was having it at three different family members’ homes. The last time I ate it, I asked how it was made – “oh, it’s simple. Sauté 3 Maggi cubes in samna (ghee) before adding in the rice and…..” GULP. Yes, THREE Maggi cubes. Do you know how bad for you ONE lil’ maggi cube is, let alone three?!

Oh, little brown cube, how nasty you are but how delicious you make food taste! Let me tell you a bit more about the beloved lil’ brown cube. After salt being the first ingredient, meaning the cube is comprised mostly of salt, the second ingredient is hydrogenated palm oil. While we know that partially hydrogenated oil is indeed dangerous to our health (think trans fats), there is debate as to the effect of fully hydrogenated oils. What we do know, is that these fats should be kept to a minimum, if not entirely eliminated. So two ingredients in, and we already find the Maggi cube to be a bit sketchy.

Now let us turn to the third ingredient – what I refer to as the “evil” ingredient – in Maggi: monosodium glutamate, also known as MSG. Have you ever heard of the fifth taste, umami? I first heard of it when watching Top Chef. When MSG was first created and added to food, it could not be described as sweet, salty, sour, or bitter. The world ended up with the new, fifth flavor sense of umami. This flavor generally has no translation, but can only be described as “pleasant,” “brothy,” “meaty,” or “long lasting, mouthwatering and coating sensation over the tongue.” Sounds pretty damn good, huh?

But BEWARE! Consumption of MSG has been linked to everything from migraines, liver inflammation, attention deficits, and even diseases such as fibromyalgia. Further, some people may feel the effects of MSG right away, while others feel a cumulative effect over time. This is the scary part, because the list of foods containing MSG is shocking. Will using one evil-MSG-filled cube of Maggi kill you? No, but using it regularly, over time, coupled with the millions of other products containing MSG surely cannot be good for you. This cannot be good news for the millions across the world that consume Maggi regularly.

The problem here is that the Middle East simply does not sell chicken broth. Here in the UAE, I have never once seen chicken broth sold at the grocery stores, not even at the high end shops. In the United States, I used to happily truck over to Costco and buy a box of 6 cartons of organic chicken broth. I had no idea what a luxury that was. In Abu Dhabi, you see aisles filled with cartons of Maggi with consumers grabbing a carton along with milk and eggs – it has become a staple in Middle Eastern cooking.

ENTER SIMPLE SOLUTION – Make your own broth. It is so easy; it shouldn’t even be called a recipe. It was more of an assembly of sorts – a la Sandra Lee style (although don’t get me started on her “cooking.”).  This recipe uses a small, whole chicken.  After I finished the broth, I pulled off the meat and added it to a biryani.  Additionally, I use a mastic crystal – if you do not have any, you do not need it, but it does add a nice, unique “umami” flavor to the broth (5 points for me for using the word umami in a sentence- ha!). We plan on doing a spotlight post on mastic soon. I also used my trusty pressure cooker – makes life that much more simple.  Now, I know that when you have a recipe that requires chicken broth, it is tempting to reach for the Maggi cube, but try making this and freezing it.  Every time you use homemade broth instead of a Maggi cube, an angel (or your family member) doesn’t get a migraine….

Print Recipe
Spotlight: The Evils of Maggi (and Recipe for Chicken Broth) 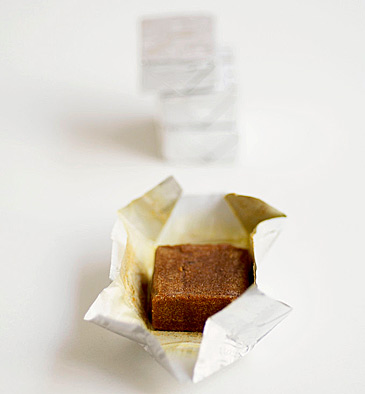