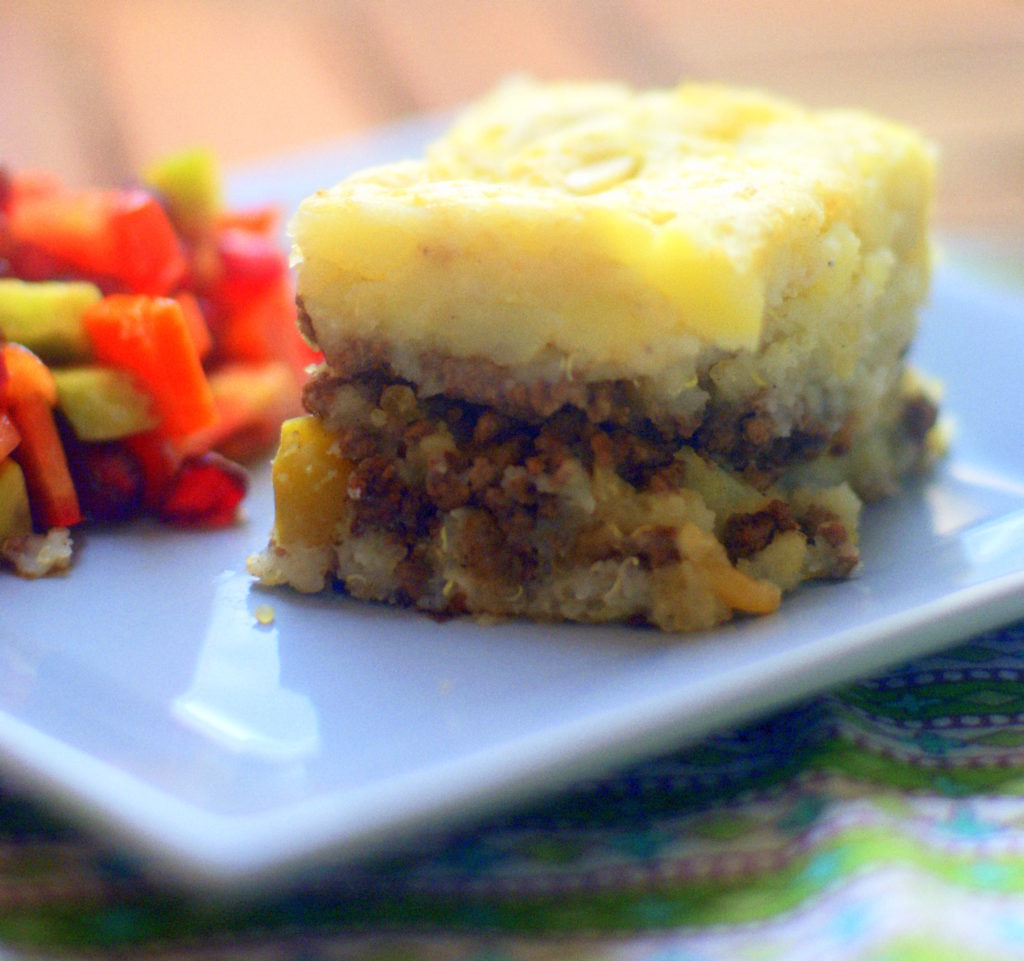 In college, my mom was notorious on campus for cooking up large batches of food and sending it to my apartment. My friends always helped devour the food, with one of their favorites being fried kibbeh, or “kib-bees” as my friends called them. I distinctly remember my friends leaving the house, after my engagement party, with Ziploc bags of kibbeh for their airplane ride home.

As the health world shuns fried food and the rest of the world looks for quick solutions to complex foods ala 30-minute meals, homemade kibbeh just takes too long, especially in the Middle East- who has time to stand there and make perfectly shaped footballs when you can buy them by the kilo at the grocery store? But then again, the spice mix is never just right, or there is always something off, so buying isn’t the same as homemade. So what to do?

BAKE THE KIBBEH.  The baked version takes out all of the hassle and results in an  equally delicious concoction that would make the 30-minute meal folks sing (although the kibbeh perfectionists are probably shocked you can do prepare this in 30 minutes…)

By way of background, kubba in Arabic means “ball” and there are a zillion different Middle Eastern recipes using some form of kubbah or kibbe. In the most basic sense, kibbeh includes a shell of sorts (usually meat and bulgur), and is stuffed with spices and nuts.  My Iraqi brother-in-law’s mom makes a wide variety of kubba: some made with potatoes, others with rice, some floating in tahini, or even swimming in soup. We have explored some of these variations on midEATS, (here is Heba’s baked kibbeh, and a guest post for pumpkin kibbeh)

Today, I share with you my baked potato kibbeh.  As many of you know, I recently had to go gluten free, so bulgur is out of the question.  For this recipe, I used cooked quinoa.  It was delicious, and nobody would know the difference! [However, if you want to use bulgur, just soak the bulgur for 10-15 minutes in boiling hot water.  Drain before adding to the kibbeh.]

Quinoa just sounds funny, and it is definitely not a traditional Middle Eastern staple.  However, the protein rich “grain” (it is actually a seed) can easily substitute in Middle Eastern recipes for bulgur wheat.  I have even used quinoa instead of bulgur in tabbouli. Quinoa has numerous health benefits, as it is a good source for manganese, magnesium, folate, and phosphorus.  It has been been found that it is good for persons with migraine headaches, diabetes and atherosclerosis. Who knew?!

Anyway, back to the kibbeh.  I also saute my onions in pomegranate molasses, which I think adds to the flavor profile, as it complements allspice really well.  I also add in a poblano pepper for a little added kick.  My kids gobbled this up – something about baked mashed potatoes with spiced beef that makes their lil hearts sing.

And for me- Well, nothing like gluten free kibbeh and a fresh pomegranate salad for lunch! 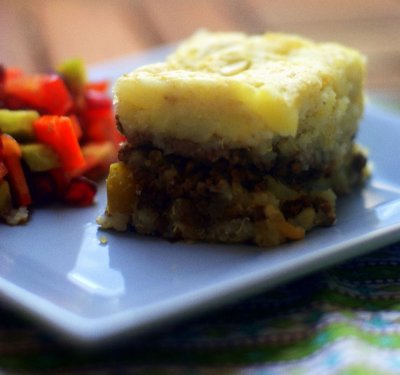 Ingredients
For the Potato Shell:
For the Filling:
Instructions
Preheat oven to 375F(200C)

For the Potato Shell:
For the Filling:
Assembly
Share this Recipe