If you ask my kids, “Do you want Spinach?” They will inevitably say no.  Growing up, I actually only had spinach one way – a stew of sorts with ground beef.  Sometimes my mom would spinach in goulash, which is an Egyptian version of the greek phyllo spinach pie, spanakopita.  Nonetheless, I used to gobble my mother’s sabanikh up with a bowl of warm short grain Egyptian rice.

Nowadays, I throw spinach into pasta sauces and soups, but it was always an afterthought – more of a “oh, this would be great to add some vitamins and iron and they wont notice” kind of way.  I had never featured spinach in a dish I served. How could this be?! I was determined to change this.  As you know, spinach is full of nutrients – especially iron, calcium, Vitamin C, antioxidants, and, get ready for this…. glycoglycerolipids. Although it sounds like a new dinosaur,  glycoglycerolipids from spinach can help protect the lining of the digestive tract from damage — especially damage related to unwanted inflammation in your intestines.

So a few weeks ago, I decided to recreate my mother’s infamous sabanikh.  It was a cold day here in Abu Dhabi (75 degrees), the kids were still home on winter break, and we had a playdate later in the afternoon. I waited patiently to call my mother in the U.S. to ask her for the recipe. Mind you, my mother’s recipes are general guidelines (if you can even call them that). She gives you 5 main ingredients, and the rest you have to kinda figure out. However, for this one, she was very specific. 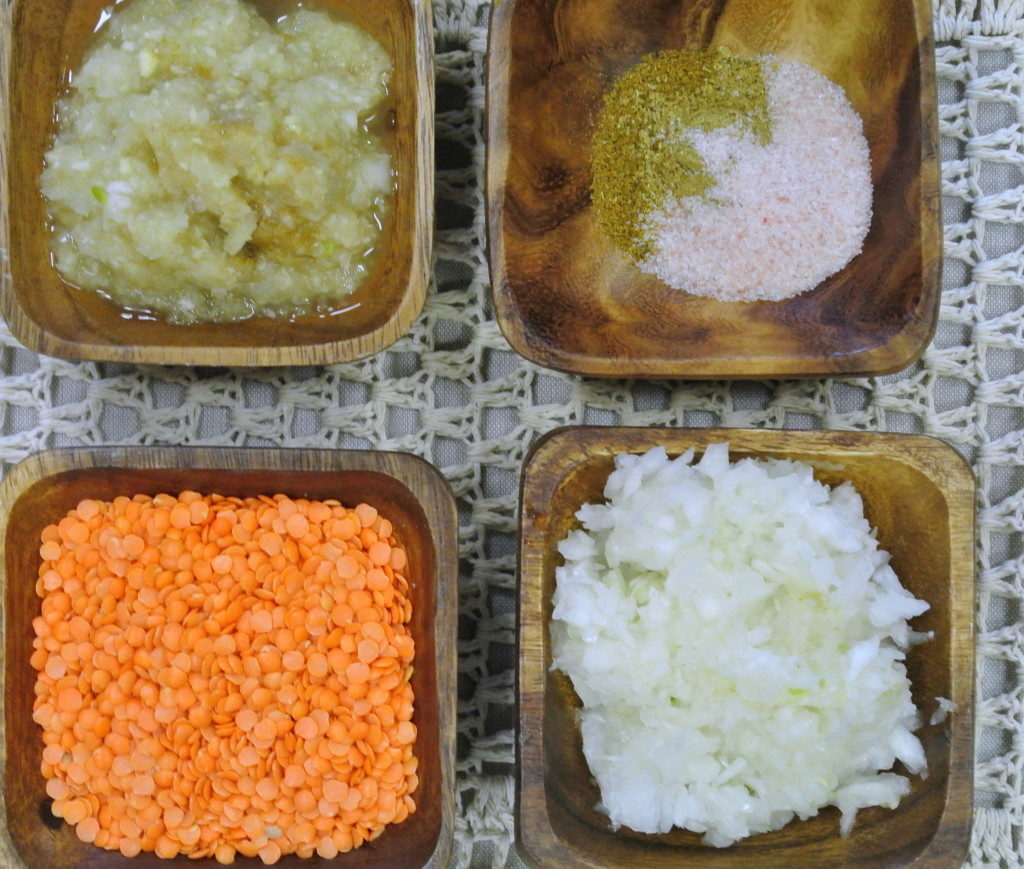 She tells me that the secret ingredient to her sabanikh is this liquefied onion spice mixture that she adds to the spinach stew. She swears that this makes all the difference in the world. I listened carefully – “take half of an onion, grate it on a grater, put coriander and salt. Let it sit. Squeeze out the juicy water, and then add it to the spinach at the end.” Okay. Got it. I called her yesterday as I was writing this post. Apparently, I was to never throw away the onion juice.  Oh well. It still tasted good – with or without the onion juice. In the recipe featured below – I neither squeeze out the onion juice, nor do I throw it away. I just dump the whole thing in.  It was all the same tasty goodness to me!

On that playdate on that cold, windy, Abu Dhabi afternoon, my children and their friends not only ate my mother’s sabanikh, but some asked for seconds!  We are officially back on the sabanikhbandwagon, with spinach no longer being ignored as an afterthought. We feature it prominently as a main entrée, and it is now on the rotation of recipes that I make regularly. You could also easily make this dish without the meat. You could also try Heba’s version of Spinach with Chickpeas.  You can also try flash frozen spinach if you don’t have access to fresh spinach.  If you like lamb, go with that instead of beef. Endless possibilities that will allow your family to love spinach, if they didn’t already! 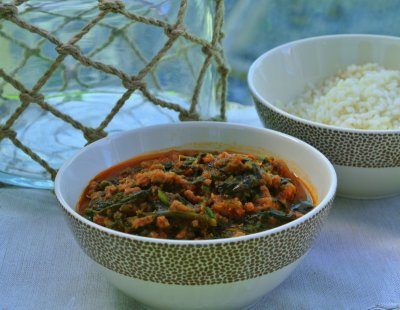