Fish is not a very frequent item in Lebanese homes. This may not be entirely true, but what I mean is: it only ever seems to be served prepared in foreign ways, and the only Lebanese fish recipe I’ve ever encountered at home is sayadieh, a dish so “fishy” in smell it nearly made a lifelong fish-hater out of me.

Freshwater fish in the mountains or sea fish along the shoreline – both usually belong to traditional restaurants that serve sumptuous mezze meals for groups of anywhere from 10 to 100 people. The fish is brought by fishermen in the morning or pulled right out of an enclosure in the river, alive, on order. In such places where meals occupy several hours of enjoyment, your enormous grilled carp or loqqos are served as the crown of the occasion. Yet in a country where a large portion of the population observed the Christian tradition of having fish on Fridays, cooking it at home was surely common well before foreign cuisines rolled in …

I never really thought of picking up the trail until I went on a photography trip to Tripoli with a friend. This was a person who cherished his stomach, as we say, and among the various landmarks in our sights he had scheduled a stop at a stall that made samke harra wraps – spicy fish, as street food! I had never tasted anything of the kind, and was quickly converted. I don’t know that recipe, and indeed it’s probable that no two households make quite the same version of it; but I did find a recipe, which I adapted below. It is from my mom’s ancient volume of La Cuisine Libanaise by Fayez Aoun and the flavors of this recipe are a shock to the taste buds, good with any mild-tasting fish. The availability of frozen fish fillets (responsibly sourced, it goes without saying!) makes this an incredibly quick and easy meal to prepare, and the dosage of the various spices can be tweaked at will. Don’t let the amount of garlic scare you; baking tames it completely. 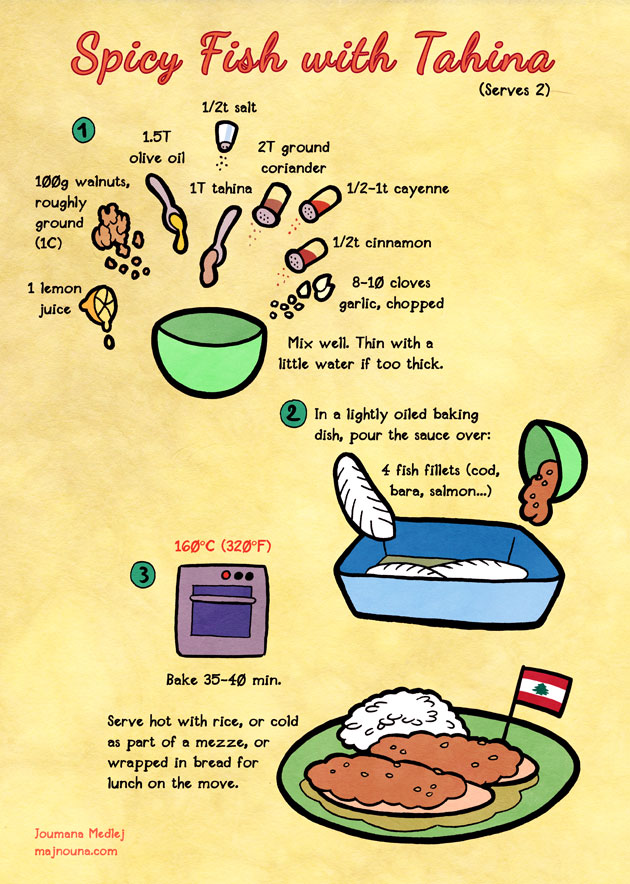 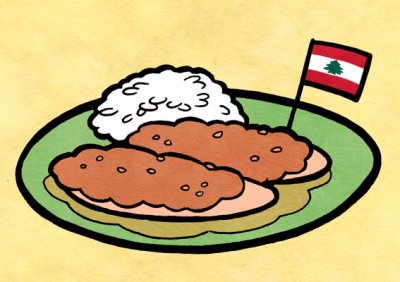 Leave a Reply to Nadia Cancel