I grew up disliking soup.

Ours was not a cooking home, and soup inevitably came out of a packet, to be mixed with boiling water and pretend to be food. I still recall (and recoil at) the bland sadness of the savory liquid with the occasional tiny bit of noodle or vegetable.

There was, however, one kind of soup, and one only, that my mother actually cooked from scratch. It was full of solid vegetable goodness so we usually had it as a meal, which it is really meant to be. It is a classic Lebanese home dish called Adass bi-Hamod, which translates as “lentils with lemon”, although potatoes and chard also feature prominently in it. We enjoyed it in winter particularly, but as it’s also good at room temperature. And it can be made in any season.

I never actually prepared this soup myself as long as I lived in Lebanon, due to the steady supply that was available. When I settled in London, I soon signed up with an organic box service, to receive seasonal vegetables on my doorstep straight from the farmers every week. Other than potatoes, I never really know what I’m going to get, and I cook accordingly. One day, I received chard… and I immediately knew what I had to make with it.

The recipe below is, to me, the archetypal adass bi-hamod of my childhood, but it is a flexible recipe. Some people, for instance, add sliced carrots to the rest of the ingredients in step 3, which adds a sweet note to the dish. Recently I tried replacing the potato with a diced celeriac, for a fantastic result. I may now try to replace the chard with broccoli, as I get more than I know what to do with this time of year. Essentially it is a good dish to use up one’s root vegetables in winter, if you cook with the season. It also freezes well. 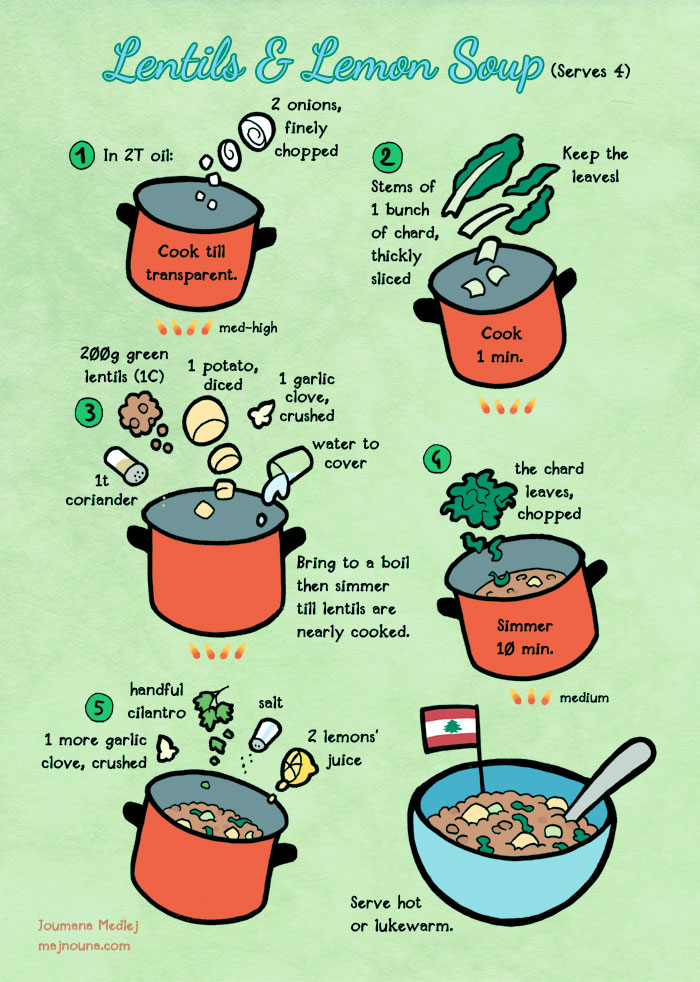 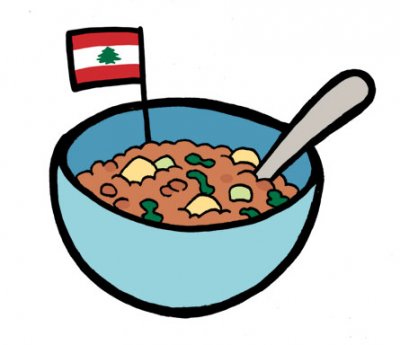