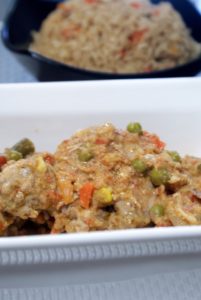 A couple of months ago, my fellow expat friend Christa and I took an Emirati cooking class as the esteemed Parti Perfect here in Abu Dhabi. We had been trying for weeks to sign up for a class, but they had difficulty getting enough people signed up. Anyway, it just so happened that a large group from the Abu Dhabi Women’s Network (AWN) had signed up for the class. Christa and I got paired up with someone from AWN and we were assigned the Chicken Makhtoom (or Maktoum) to make. We were handed a recipe, and told to go make it. Hmm…strange set up for a cooking class, but we rolled with it.

The recipe we cooked in class was straight from the blog – Emiratican Kitchen, which was in turn taken from Ya Salaam Cooking. After a little research, it looks like the recipe is Saudi. I must say, it is extremely hard to find recipes from the Gulf in print. So, I was very excited to not only learn about these new blogs! I have had the chance to cook a few of their recipes – all of which turned out great!

As some of you know, I can’t follow directions. When I look a recipe, all I see are ingredients and I skim through the directions, and then I cook. (This is why I royally suck at baking!) In our cooking class, I was in charge of the step that involves pureeing the ingredients together to make a sauce. The AWN member handed me a bowl of Seven Spice (Arabic masala) and I dumped the whole thing in. She was very upset with me, although I thought it was fine! Needless to say, I had to stand there with a spoon and fish out spices from a blender full of tomatoes and yogurt. Not cool. She finally decided that I had scooped out enough. Anyhow, 45 minutes later, everyone was eating our Chicken Makhtoom and loving it – I like to think it’s because of my added spices – hahaha!

This is what it looked like in class – we used bone-in chicken, and it was delicious. For my version, I used chicken breast to keep it a bit healthier, and I have even found a fellow blogger that used lamb – so it looks like the sauce is pretty versatile. 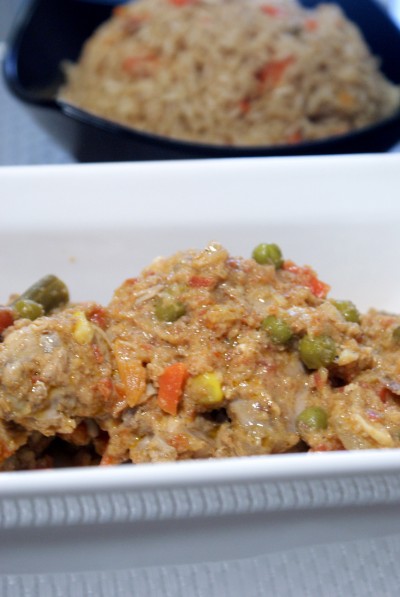